KOTA KINABALU: The Sabah state assembly on Tuesday (July 19) passed a Bill to increase the salaries of members of the state Cabinet and assemblymen amid concerns from some Opposition representatives that it was the wrong time for a pay hike.

Opposition lawmakers said increasing their pay now was inappropriate at a time when ordinary citizens were suffering due to the rising cost of living as well as downturn in economic opportunities.

The Bill to amend the Members of the Administration and Members of the Legislative Assembly (Remuneration) Enactment 1981, which also provides for a wage increase for the Speaker, Deputy Speakers and political secretaries, was passed after a majority vote.

Chief Minister Datuk Seri Hajiji Noor said the last time the enactment was amended was in 2015, adding the remuneration increase was in line with the present situation and ever-growing challenges shouldered by members of the administration and legislative assembly.

“The time has come to review the remuneration and coordinate it accordingly with the efforts and commitment by the assemblymen and members of the administration,” he said, when tabling the Bill.

“Hopefully, the increase (in remuneration) will effectively improve their roles and responsibilities for the benefit of the people in the state," he added.

Hajiji said the state government would only need to pay out about RM5.6mil a year as a result of the hike, adding the salary review had actually started during the Barisan Nasional administration.

“We cannot deny that it will create some perceptions but it’s important that we have policies in place to help those in need and we do not forget about the problems faced by the people,” he Hajiji.

Earlier, the state assembly also passed a Bill to amend the Civil List Enactment 1963 to increase the privy purse of the Sabah Yang di-Pertua Negeri from RM215,280 to RM301,392 per annum, and the regional allowance from RM44,850 to 62,790 annually.

Eleven assemblymen participated in the debate to increase the salaries including former chief minister Datuk Seri Mohd Shafie Apdal (Warisan-Senallang) who asked what formula the government had used to up the emolument, saying that it was important to justify the increment.

“The country’s debt is also growing, are we contributing to the people’s misery?” he asked.

Assafal P Alian (Warisan-Tungku) said the increment was welcome but at the same time he was worried about the people’s perception, adding that they needed to carefully manage the issue.

Mokran Ingkat (Barisan-Sungai Manila) said he supported the pay hike, saying the timing was no issue for him.

“What’s important is we know the government is capable of increasing its revenue and diversifying its sources of income,” he said.

Kuamut assemblyman Datuk Masiung Banah, an independent friendly to the government, said the rising cost of goods not only affected the people but also elected representatives.

“We don’t only serve as assemblymen but also as ‘doctors, welfare officers, lawyers’ and most significantly, especially when there are weddings, accidents or deaths (in the community), as ‘ATMs’ (auto-teller machines),” he said.

Phoong Jin Zhe (Pakatan Harapan-Luyang) said assemblymen should be given more tasks and responsibilities to correspond with the higher pay they were now getting. 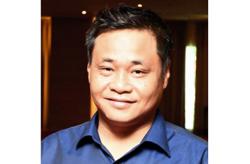 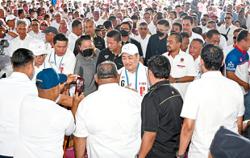