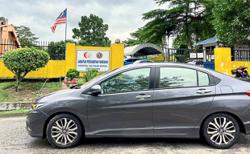 TAMPIN: An army man’s left arm was almost severed when it got stuck in the wheel of a moving motorcycle in a freak accident here.

Tampin district police chief Supt Anuwal Ab Wahab said the 37-year-old victim was riding pillion when his jacket got entangled in the wheel sprocket in the 7.10am incident near the Syed Sirajuddin Army Camp in Gemas on Tuesday (July 19).

"The two colleagues were heading to their workplace from Felda Pasir Besar when the incident happened near the hospital.

“All of a sudden, the victim's jacket got stuck in the sprocket, causing him to fall off the machine," he said in a statement.

Supt Anuwal said as the motorcycle was still moving, the victim's left arm was dragged into the rear wheel, causing it to be crushed.

The victim also suffered a broken leg after he fell off the bike.

The rider was not injured, Supt Anuwal added.

He said the victim was sent to the Tuanku Mizan Armed Forces Hospital in Kuala Lumpur for treatment.

The case was being probed under Section 43(1) of the Road Transport Act 1987. 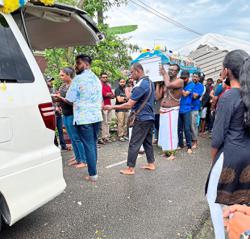 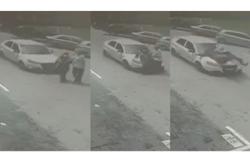