Rising cost of living, price of goods among highlights in Parliament on July 18 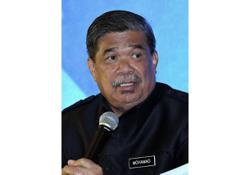 KUALA LUMPUR: Issues related to measures to address the rising cost of living and ensure the price of goods remains at affordable rates will be among issues to be raised at the Dewan Rakyat on Monday (July 18).

According to the Order Paper published on the Parliament website, these issues will be raised by Datuk Seri Anwar Ibrahim (PH-Port Dickson) in a question to the Prime Minister during the Oral Question and Answer session.

There will also be a question from Datuk Mohd Fasiah Mohd Fakeh (Bersatu-Sabak Bernam) to the Prime Minister on the number of people categorised as hardcore poor for the period 2020 until now, as well as the government's measures to eradicate hardcore poverty.

Also expected to steal attention during today’s session is the question from Fong Kui Lun (PH-Bukit Bintang) who will ask the Federal Territories Minister about the long and short-term plans to make Kuala Lumpur free from floods, including flash floods, that often hit whenever it rains heavily.

Meanwhile, Datuk Seri Abdul Azeez Abdul Rahim (BN-Baling) will ask the Prime Minister to state the programmes and formulas that will be introduced by the government to increase the awareness of young voters on their responsibility to go to the polls.

The issue of the Russia-Ukraine conflict will also be raised by Mohamad Sabu (PH-Kota Raja) in his question to the Foreign Minister, namely the follow-up measures taken by the government, as well as steps to curb the indirect effects, especially on the economy, as a result of the war.

After the question and answer session ends, the sitting will see whether the election of the deputy speaker of the Dewan Rakyat, to replace Pengerang Member of Parliament, Datuk Seri Azalina Othman Said, can be implemented or postponed for the third time.

The current sitting of the Dewan Rakyat will last for 12 days until Aug 4.- Bernama 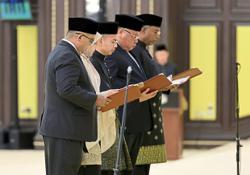