PUTRAJAYA: The Public Service Department (JPA) says studies are still being made on the proposed implementation of a four-day working week.

Its Director-general Datuk Seri Mohd Shafiq Abdullah said although some countries have begun trialling a four-day working week, the approach should be viewed holistically, especially in terms of its suitability and effectiveness for the public service structure in the country.

"JPA is also aware of the impact of the implementation of any new policy on the public service delivery system, especially when the government is in the process of reviving the country's economy for the well-being of The Malaysian Family," he said in a statement on Tuesday (July 5).

On June 30, Mohd Shafiq said JPA had set up a special team to study the implementation of a four-day working week following a request for a thorough analysis from various parties.

On Monday (July 4), the Congress of Unions of Employees in the Public Service (Cuepacs) president Datuk Adnan Mat said that Malaysia was not ready for a four-day working week as there were other pending matters involving workers' welfare and salaries that have yet to be resolved by the government and employers.

Mohd Shafiq said JPA took note of the views of Cuepacs and various parties on the implementation of a four-day working week and was always open for stakeholders to provide their input so that an empirical and feasibility study on the proposal can be conducted. 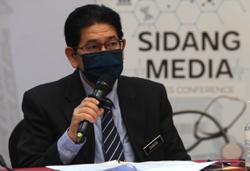