IPOH: The current government has not adequately dealt with the issue of rising costs, claims Datuk Mahfuz Omar.

The Parti Amanah Negara vice-president alleged that the government had not come up with "good ideas" to tackle the issue and its efforts to date were "a joke".

"They are the ones who increased the price of chicken and also launched the "Jihad Tangani Inflasi" (battle against inflation) special team.

"Inflation is caused by the increase in prices – and this is a joke. This does not bode well for the people and the country," The Pokok Sena MP told a press conference after opening the Perak Amanah convention here on Sunday (July 3).

He said several entities had been formed and had the same functions to tackle inflation but none were able to come up with practical ideas.

"There is the National Recovery Council led by Tan Sri Muhyiddin Yassin, the National Action Council on Cost of Living and now the special team.

"The committee members also consist of the same people including the Finance Minister, Agriculture and Food Industries Minister, Domestic Trade and Consumer Affairs Minister and several others.

"They continue to spend money on meetings and food while the people continue to be affected," he added. 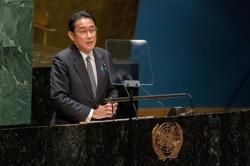