KUALA LUMPUR: Yayasan Tenun Pahang Diraja, the foundation set up to preserve the art of making Royal Pahang woven fabric, will be hosting the 8th Asean Traditional Textiles Symposium 2022, scheduled to be held from Sept 25 to 30 in Putrajaya.

Raja Permaisuri Agong Tunku Hajah Azizah Aminah Maimunah Iskandariah said the symposium would bring together textile artists, artisans and weavers from across Malaysia, Asean and other regions to share information on the uniqueness of their textiles.

Her Majesty said the biennial symposium would also showcase the beauty of Malaysian textiles including songket and batik, as well as the techniques of textile-making, such as tekat, tenun, telepuk and menggerus for the world community to learn.

"Apart from strengthening ties among Asean countries which have their own styles and techniques of weaving and batik-making, we also want to highlight all types of textile crafts in Malaysia.

Tunku Azizah, who is the founder and patron of the foundation, said she personally nominated Malaysia to be the host for this year’s edition as she wanted to be involved in organising the meaningful event.

"Actually, for the 8th edition of the Asean Traditional Textiles Symposium, Singapore should have been the host, but I made a request to Singapore to give way to Malaysia so that I can play host to the symposium while I am still (the Queen) here,” she said.

Her Majesty said various exquisite collections would be showcased at the symposium, including her own tenun collection, pieces woven by prisoners, and the personal collection of cultural figure, the late Sharifah Azah Mohamed Alsagoff, better known as Azah Aziz.

At the symposium, 17 working papers would also be presented by 13 countries, including Brunei, Indonesia, Cambodia, Canada, India, the Philippines and Myanmar, mainly to discuss the preservation of the art and sustainability of original woven textiles in the Asean region.

Yang di-Pertuan Agong Al-Sultan Abdullah Ri'ayatuddin Al-Mustafa Billah Shah is expected to grace the opening of the symposium, while Tunku Azizah is scheduled to deliver the keynote address.

The foundation was established to develop Tenun Pahang Diraja (Royal Pahang woven fabric) as a heritage craft industry capable of improving the living standards of the people by creating job opportunities for artists, artisans and weavers.

Commenting on the London Craft Week, which was held from May 9 to 15 and featured the Tenun Pahang Diraja, Tunku Azizah expressed pride when the exhibition recorded up to 3,000 visitors.

Her Majesty said most of the visitors praised the uniqueness and beauty of the woven pieces made by prisoners through the prison weaving programme, while at the same time commended the efforts taken by Tunku Azizah and the Malaysian Government in recognising the country's crafts.

"Many of them did not believe that we were also showcasing fabrics designed and woven by prisoners. I told them we have gone far since we branded Tenun Pahang Diraja in 2005. It has been 17 years. So, Alhamdulillah I was very happy with the encouraging response.

"Visitors kept coming from morning to night. They also had a taste of the prisoners’ food products, such as biscuits, sardine rolls and mini murtabak,” Her Majesty added. - Bernama 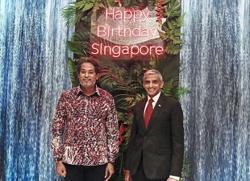 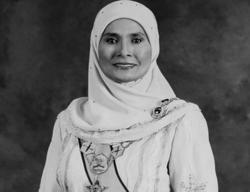