KUCHING: The Coalition for Clean and Fair Elections (Bersih) chairman Thomas Fann has been denied entry into Sarawak for a voter awareness roadshow.

The electoral reform group said it received a letter of rejection from the Sarawak state secretary on its application for Fann to come for the roadshow's townhall session to be held here on Saturday (July 2).

"We regret the decision of the Sarawak state government. While the Immigration Act grants Sarawak and Sabah the right to deny entry to any non-residents of both states, it was never intended to restrict legitimate political activities under Section 67 of the Act," Bersih said in a statement on Friday (July 1).

Despite Fann's denial of entry, Bersih said the town hall session would go on as scheduled.

It said Fann, who had been expected to speak at the session in person, would deliver his address virtually instead.

Bersih also called on the state government to lift the ban on Fann and politicians, lawyers, academics and other political activists on its no-entry list with immediate effect.

"A clean, stable and confident government who has nothing to hide need not fear advocates of institutional reform or dissenting voices when it is supposedly pushing for a more open and decentralised Malaysia," it said. 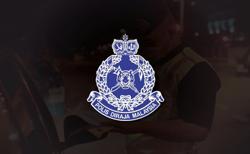