PUTRAJAYA: The issues of middlemen or creation of cartels were among the matters deliberated in the first meeting of the special task force on addressing inflation, which was set up Wednesday (June 29).

"We have identified in the production system of chicken, eggs, cooking oil and others, there are tendencies to create cartels to ensure they have a business model which maximises profits,” he told a media conference here Thursday (June 30).

He said in this regard, each process would be studied at every level to identify which action is out of the framework of existing laws, which could be taken to overcome the cartel issue.

"We know the middlemen system has existed for a long time in the country...but it is wrong when they start making excessive profits or “cut-throat” approach.

Therefore, the situation would be studied by the special task force as this is causing the high final cost that had to be borne by consumers.

"If the middleman takes excessive profits and takes advantage in this pressing time to burden consumers, then this situation cannot be allowed to go on.

"We cannot allow the approach of the 'survival of the fittest' or 'free-for-all' situation; there should be certain interventions by the government to look after the interests of consumers at the bottom of the chain,” he said. - Bernama 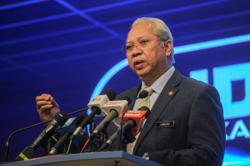 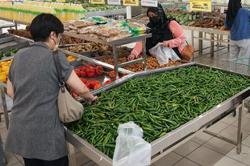