However, they said Umno must still sit down together and put their differences aside to deal with the allegations.

Senior fellow at the Nusantara Academy for Strategic Research (NASR) Dr Azmi Hassan labelled Tajuddin as a “walking-blooper” whose accusations against Umno and its president Datuk Seri Dr Ahmad Zahid Hamidi would only tarnish the ousted member’s own reputation.

He said it was because the public already had a poor opinion of Tajuddin and they would only see his tell-all as a reaction to his dismissal from the party’s supreme council.

“People would likely view him as very angry and sour over his dismissal (from the supreme council).

“Tajuddin is a walking-blooper, especially during his tenure as Prasarana Malaysia Bhd chairman.

“People will not give any credibility to his latest accusations. And it is unbecoming for an appointed ambassador to air the party’s internal problems in the public sphere,” he told The Star.

Azmi opined that the accusations would not hurt Umno and Ahmad Zahid, saying “it will come to nothing”.

“His claim that more than 100 Umno divisions want Zahid to step down has to be proven,” he said.The analyst said strategically, Umno should not respond to Tajuddin’s allegations and instead should let the party leaders defend the organisation.

“Other individuals (besides Ahmad Zahid) can answer or push back the accusations made by Tajuddin,” he said.

Another political analyst, Prof Sivamurugan Pandian, concurred, saying that Umno must now find a unifying factor so that the allegations would not rattle the party’s preparation for the general election.

He said the claims revealed by the Pasir Salak MP were mostly not new, especially in regards to the factionalism in the party.

“What is important for Umno right now is for them to find the unifying factor so the issue won’t prolong and affect their preparation for the general election.

“The party leadership might have already known that Tajuddin would react in a way that could damage the party’s reputation. Umno needs to stay united and avoid more factions from emerging,” he added.

He noted that despite Tajuddin’s public image being on the negative side, what he had spilled probably had some truths that could affect the party’s image.

However, Prof Sivamurugan said people might question the ousted Umno supreme council member on his timing in spilling the beans.

“He might speak some truth but why now? Why not earlier?” he asked.

The party’s reputation would now depend on Umno’s swift action in this matter, he added.

He said Tajuddin’s tactic of splitting the party into factions was the final resort after previous attempts to sideline Ahmad Zahid and former prime minister Datuk Seri Najib Razak had failed.

“There is no permanent enemy in politics, what remains is interest.

“This can be seen when there was an effort to crack Umno from within so that Najib and Ahmad Zahid are not together, which would make it easier for their opponents to control the party,” he added. 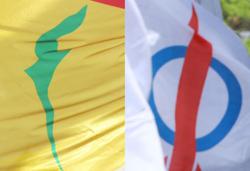