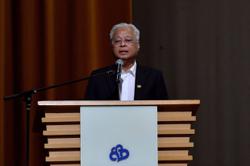 KUALA LUMPUR: With the number of people over age 65 in Malaysia projected to triple from two million at present to more than six million by 2040, Malaysia needs to learn from Japan on how to manage its ageing population.

Japanese Ambassador to Malaysia Katsuhiko Takahashi said Japan, which already has a huge greying population, is keen to share its experience and expertise in managing the population in an effort to improve the society’s quality of life.

Ras Adiba had asked the ambassador about what Malaysia can learn from Japan's experience in managing its ageing citizens who are expected to represent 35.3% of the country's population by 2040.

Elaborating further, the envoy said: "Ageing is not always limited to healthcare; there is more room for Malaysia to improve on the matter.

"When it comes to the ageing population, according to the World Bank statistics, you’re 50 years younger than Japan. I think the ageing percentage of Malaysian society today is like when Japan was in 1972.

"Malaysia’s life expectancy today is also the same as Japan 40 years back. The same goes for your gross domestic product (GDP) per capita.

"Malaysia is developing in a good way. Looking back at those facts, let’s work on this aspect together to avoid any problem, which we (Japan) have experienced for the past 40 years. Compared with the number of years, now, you have room for improvement,” he said.

When asked about other potential cooperation that Malaysia and Japan have been working on especially after Prime Minister Datuk Seri Ismail Sabri Yaakob’s working visit to Japan in May, Takahashi said both governments have been making progress on new areas of cooperation as discussed and agreed throughout the visit.

"It is still early for us to share the results, but through communications between ministries in charge of trade and investment, as well as in disaster risk management, we are currently trying to come up with more specific actions to be taken based on the agreement made by the two prime ministers,” he said.

"When we think about how the 40-year relationship between Malaysia and Japan should progress, I think we should no longer be in the picture of traditional donor and recipient or, rather, giver and the receiver,” he said. - Bernama 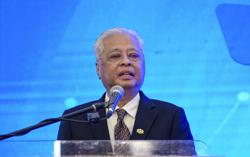 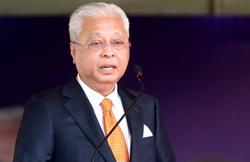