JOHOR BARU: The previous Pakatan Harapan government had erred when it withdrew the application for a review of the International Court of Justice’s (ICJ) decision on Batu Puteh, says Datuk Onn Hafiz Ghazi.

“The move under Pakatan’s administration had not only left a negative precedent to the state and country but also created a dark mark in the history of our country and our sovereignty," said the Johor Mentri Besar.

He also said those who were responsible for the act should have legal actions taken against them for their ‘betrayal’.

“It is hoped that those who are responsible for this betrayal will have legal actions taken against them,” he said in his winding-up speech during the state assembly sitting here on Sunday (June 26).

Onn Hafiz said that losing Batu Puteh had caused a negative impact on Malaysians, especially fishermen whose source of income was being affected.

“In fact, we have received reports that many of our fishermen have been chased out from the area surrounding Batu Puteh, which is being monitored by the Singapore coast guard.

“Although there are those who think that Batu Puteh does not have any significant economic importance but we cannot deny its significance in terms of its strategic maritime position.

“Despite its size of only as large as a football field, Batu Puteh is located about 14.3km away from Tanjung Penyusop, Johor compared to 46km from Changi, Singapore. Its position is also very strategic as it is located at the main route for merchant ships through the Strait of Malacca and the South China Sea,” he said.

In 2008, the ICJ ruled that Batu Puteh or Pedra Branca belonged to Singapore, while sovereignty over the nearby Terumbu Karang Tengah or the Middle Rocks was awarded to Malaysia.

In 2017, the Malaysian Government under Barisan Nasional filed an application for a review of the decision made by the ICJ. However, in May 2018, the then Pakatan administration under Tun Dr Mahathir Mohamad withdrew the application before the case was scheduled to be heard in June, 2018. 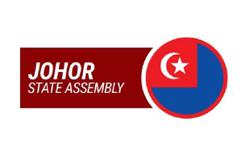