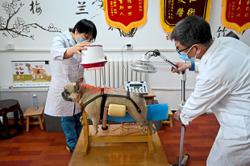 Unusual nature: Patch’s character had earned him the moniker His Divaness.

PETALING JAYA: It was a sad day for canine welfare project Malaysian Dogs Deserve Better (MDDB) when one of their well-known rescues, Patch, died after a brief illness.

The mix-breed Patch, almost 10 years old, came to MDDB as a month-old puppy after someone found him with both his front limbs crushed and severely infected.

“It was early 2013 when his rescuer pleaded to us to take Patch in, saying that she was not able to care for him.

“We immediately took him in and brought him to a renowned veterinary clinic but was turned away and asked to euthanise him instead,’’ said MDDB director Irene Low.

Refusing to give up, MDDB brought Patch to the Gasing Veterinary Hospital here where he was accepted and treated for several months.

After several surgeries, Patch was left with two and 1/3 legs, but it did not hinder him from moving around at all.

“Patch is one of our special dogs that had proven wrong all those who believed in putting down injured and disabled animals,’’ said Low.

She said Patch lived a full life and would attend MDDB events where he garnered a staunch following with his quirky ways.

One of his early caretakers, MDDB volunteer Derene Lee, said Patch had a very high and mighty demeanour which earned him the moniker His Divaness, but was also a very loving canine.

“Patch was one of the most loving dogs I’ve fostered.

“He loved my dog Captain Maru and late cat Truffles dearly, and would shower them with kisses daily,’’ said Lee.

According to Lee, Patch was also a very brave puppy and endured the daily dressing of his extensive wounds like a true hero.

“While most puppies would have struggled in pain, Patch had not even flinched which made it very easy for me to care for him,’’ added Lee.

Another MDDB volunteer, Kavitah Ganasan, who also cared for Patch, said he also snuggled up to the people he was close with all the time.

“I used to stay at the MDDB half-way home and Patch was my roommate and we would spend many happy evenings snuggling together while I did my office work or read a book,’’ said Kavitah.

She added that Patch developed pancreatitis not long ago and eventually succumbed to it on Thursday.

“We are all devastated but what happened was something beyond our control.

“All we can do now is cherish the 10 happy years we had with our Patch,’’ said Kavitah.

“We are truly indebted to them. This is the second time they are sponsoring a pet funeral package for MDDB.

“The first was for another one of our disabled superhero dogs, Justice, in 2017 and his urn is interned at a niche at Nirvana’s pet cemetery in Semenyih,’’ said Low. 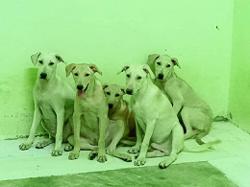 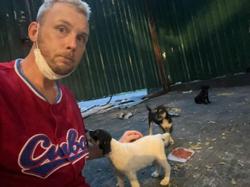