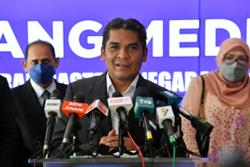 Instead, he said the ministry will look at the contributing factors that led to students failing History and find appropriate interventions to make sure students are able to master the subject, Bernama reported.

“In the future, the ministry will make sure the number of students who fail the subject is reduced over time,” he said at a press conference after announcing the 15th national laureate here yesterday.

It was reported that a total of 45,514 or 11.91% of 2021 SPM candidates were not eligible for a certificate because they did not pass either the Bahasa Melayu or History paper.

The matter caught the attention of several non-governmental organisations which asked the ministry to disclose steps to be taken to help candidates who were not qualified to receive the SPM certificate.

Meanwhile, Radzi said his ministry did not release the best school ranking for the SPM 2021 results announced recently.

“You can check. Even in previous years, the MOE had never issued a list ranking the schools.

“If there is one, it must be done by a third party and this is beyond our control,” he added.

He said this when asked about a list of 2021 SPM best schools that went viral on social media recently, which invited criticism from academicians and netizens. 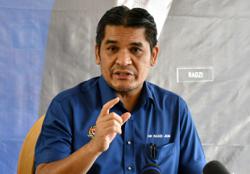