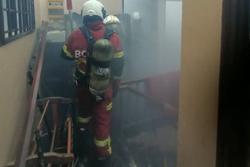 PETALING JAYA: A “circular economy” on recycling should be the way forward for Malaysians as they use and consume products that minimises our use of raw materials, say environmental NGOs.

Senior Research Officer of Sahabat Alam Malaysia Mageswari Sangaralingam said a domino effect would occur when recyclable items were thrown away instead of being reused or recycled, which in turn causes a reduction in natural resources needed to be extracted to produce more new products.

“Natural resources are already threatened and recyclable items will also end up in landfills or in incinerators, causing environmental harm and threatening public health,” she said.

She said Solid Waste Management and Public Cleansing Corporation (SWCorp) had stated that the recycling rate in 2021 was 31.52%.

This number was still low compared to other countries which showed the recycling habit had yet to be the norm here, she added.

“Recycling is important as we need to conserve our natural resources and protect the environment from pollution.

“Recycling metals means less extraction of new metal ores and recycling glass reduces the need to use new raw materials and this will also mean reducing greenhouse gas emissions which is vital to mitigate climate change,” she said.

Although many states such as Kuala Lumpur, Putrajaya, Johor, Melaka, Negri Sembilan, Pahang, Kedah and Perlis, have allocated one day in a week for the collection of recyclables, Mageswari said some waste generators still do not separate their waste.

“What we find lacking is also the mandatory separation of organic waste (food, kitchen or garden waste).

“People and other waste generators need to be more disciplined to separate their waste. The waste management agencies and companies also need to ensure that more recycling centres are available for the people,” she said.

Mageswari said the public must also ensure that plastics or other recyclable materials they sent for recycling were not contaminated so that the products that would be generated from the recyclables were non-toxic.

“We should start with education, awareness and then only practice.

“We can put a notice every Saturday of ‘Did you bring your own shopping bags?’ at the supermarkets and posters or a quiz for children on recycling.

“Campaigning and education is important and it must be continuous to remind the public of the importance of recycling.

“We should educate the whole family chain from kindergartens to adults,” he said.

He strongly advised the public to start making recycling a habit as there had been an increase in the production of waste.

“If we don’t take action now, it will pose serious repercussions to our health.

“For example, microplastics have been detected in human lungs, blood and faeces.

“Everyone needs to start recycling and manage plastic pollution,” said Prof Ahmad, who called on Malaysians to learn more about using biodegradable products. 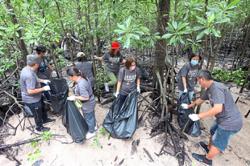