By ILI AQILAH and MANJIT KAUR 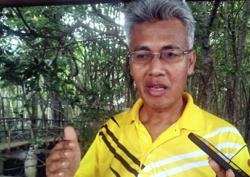 He said the progress of the Lanthanide pilot project would be followed carefully by the ministry to ensure all rules and regulations were followed.

“It does not mean that once the EIA is approved, the rules and regulations can be breached.

“Just like any other project where the EIA is granted, we take public responses and complaints seriously,” he told reporters yesterday .

Tuan Ibrahim was asked to comment on the matter, which had been controversial with non-governmental organisations asking why the EIA was granted as the project could pose serious repercussions.

When contacted, Perak Department of Environment director Rosli Zul said the EIA was approved at its headquarters in Putrajaya.

“Although the project is located in Perak, it falls under a specific category where the EIA will be assessed by our headquarters.

“I cannot comment much on it since the approval did not come from us,” he said.

Sahabat Alam Malaysia field officer Meor Razak Meor Abdul Rahman told a press conference yesterday that the site was a highly sensitive area due to it being part of the Central Forest Spine (CFS).

The site is a habitat for elephants, tigers, deer and many other animals, he said.

He said Perak Mentri Besar Datuk Seri Saarani Mohamad had stated that the project was approved prior to his appointment to head the state administration.

“We found out that the EIA was applied and rejected last year, but soon afterwards Saarani had said that it was approved.

“How come the department approved the project when it is located within the CFS?” he asked.

He said that as environmentalists, they were not against the project but rather the location.

He said it was understandable that the state government had to find financial sources for the state “but why must the project be carried out at a protected habitat?”

There were also no mitigation plans, he said.

He said building fences to prevent elephants from entering the site was not a mitigation plan.

He also claimed that although the EIA was applied in 2021, the clearing works had started in 2019.

“The proposed site for the project is located at CFS Primary Linkage 8,” he said.

“Based on the satellite image shown in 2019, at least 100ha, which is around 5% of the site, has been cleared and is now equipped with retention ponds and tarred roads.”

However, Saarani said on June 11 that the project had yet to start as claimed by environmentalists.

He had said the satellite images of the site was of a tin mining project stopped last year. 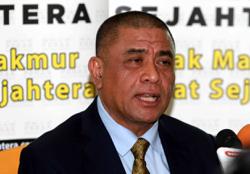