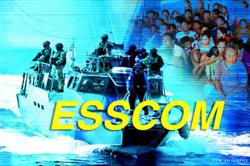 Sabah police commissioner Datuk Idris Abdullah said people who reside in the areas covered by the curfew are required to stay at home from 6pm to 6am, while outsiders are not allowed to enter the curfew zones.

Idris said the curfew was extended because of lingering threats from cross-border criminals including from kidnap-for-ransom groups.

He said the curfew was to prevent intrusion into Malaysian waters by terrorists or criminals from the southern Philippines and to ensure the safety of international researchers or tourists visiting islands in Sabah.

“Our intelligence sources have found that kidnap groups as well as the Abu Sayyaf Group are still attempting to enter our waters and carry out kidnapping activities as well as other cross-border crimes,” he said in a statement on Wednesday (June 8).

He added that the curfew also allowed security forces to look after the safety of people travelling by sea and those living in the Eastern Sabah Security Zone (Esszone).

“It will also allow us to monitor the movement of vessels as well as create a sense of security and confidence among chalet operators and fishermen through the presence of security vessels enforcing this curfew,” Idris said.

He said he had also given the authority to the respective district police chiefs to issue permits to any applicants who met the requirements to conduct fishing activities or to ply the sea routes in the curfew areas.

The curfew, which was first implemented on July 19, 2014, followed a spate of kidnappings that saw the beheading of Sarawakian Bernard Then Ted Fen and the killing of several others, including a policeman and tourists.