PETALING JAYA: Traffic congestion has been reported along the North-South Expressway and Kuala Lumpur Karak Expressway as school holidays began on Saturday (June 4).

The Malaysian Highway Authority in a Tweet on Saturday (June 4) said along the North-South Highway, heavy traffic was reported heading south from the Juru rest area to the Juru Toll Plaza as well as from Bukit Tambun heading toward Jawi.

Traffic is also heavy heading north from the Gunung Semanggol rest area to Alor Pongsu all the way to Bandar Baharu.

Heavy traffic was also reported in the same direction from Jawi to Bandar Cassia and Juru to Sungai Dua.

It added that along the Kuala Lumpur Karak Expressway, traffic was congestion heading east from the Gombak Toll Plaza to Bukit Tinggi as well as Lentang toward the Bentong Toll Plaza.

"Along the Johor Causeway traffic congestion is also reported in both directions," it said. 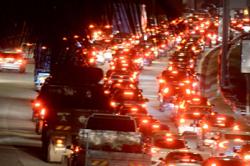 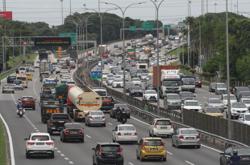