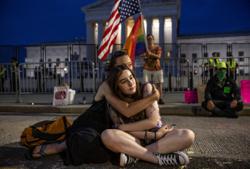 PETALING JAYA: The lure of cosmetically changing one’s appearance can be appealing, but dangers arise when services are obtained through dubious “practitioners”.

Experts say consumers should be aware of risky cosmetic procedures because they could cause more than cosmetic damage, but death too.

“These individuals may use unsuitable products or inject patients in the wrong places.

“In severe cases, a botched job could lead to an infection, blindness and even death,” he said.

Dr Chin said he and other members of the association had treated patients who have had complications after undergoing such procedures.

“When asked why they went to these centres, they said they were introduced to them by friends.

“It has become rampant in tandem with the rise of social media and an abundance of advertisements targeting gullible consumers online,” he said.

Dr Chin added that the public should do their research and obtain the services of a registered practitioner.

“These premises should have certificates such as the Annual Practising Certificate and Letter of Credential Privilege (LCP) to show that they are registered and licensed.

“If they do not, then this should raise red flags,” he said.

Dr Chin added that the public can highlight dubious centres by emailing amp@moh.gov.my.

“If silicone is used, it is likely that the body will reject it as a foreign object, compared to using tissue from the patient’s body.

“Silicone can also cause swelling, fever and redness of the affected body part before finally breaking through the skin if not given due attention by a trained professional.

“In cases of a botched nose job, it can result in the bridge of the nose collapsing which could cause breathing difficulties,” Dr Balwant said.

He added that it could turn fatal if no treatment is given for complications from the procedure.

Dr Balwant pointed out that only doctors who are registered with the Malaysian Medical Council (MMC) and National Specialist Register are allowed to do such procedures.

“Despite this, there are still beauty centres that bring in unregistered foreign doctors to provide unlicensed services,” he said.

He added that besides efforts by the Health Ministry’s Private Medical Practice Control Section (CKAPS) to weed them out, the public has a role in reporting such centres.

On Wednesday, a transgender hairstylist known as Loo said he was RM13,616 poorer after a botched cosmetic operation left him disfigured.

Loo opted for the operation after coming across an advertisement on social media.

MCA Public Services and Complaints Department head Datuk Seri Michael Chong said Loo’s surgeon was from China, while the clinic was likely not authorised to perform the procedure.