SHAH ALAM: A company director pleaded not guilty at the Sessions Court here on Friday (May 27) to 14 counts of money laundering involving more than RM1mil, two years ago.

Mazne Che Mohd Amin, 32, was charged with transferring RM1.33mil believed to be proceeds from unlawful activities in the bank account of her company, NMOQ Trade Sdn Bhd to her two bank accounts, as well as seven other bank accounts belonging to other companies and five individuals through 14 transactions.

She was accused of committing the offences at a bank branch in Sungai Besi, Petaling near here between Sept 9 and Oct 17, 2020.

The charges were framed under Section 4(1)(b) of the Anti-Terrorism Financing and Proceeds of Unlawful Activities Act 2001 read together with subsection 87 (1) and punishable under Section 4 (1) of the same act.

Offenders can be jailed up to 15 years and fined not less than five times the amount or value of proceeds of illegal activities or RM5mil, whichever is higher.

Judge Helina Sulaiman allowed bail of RM20,000 in one surety and ordered the accused to surrender her passport to the court report herself at a police station every month.

The judge also allowed the money laundering case to be transferred to Sessions Court 11 and set June 13 for mention.

Deputy public prosecutor Noor Zalizan Lazarous appeared for the prosecution while the accused was represented by lawyer Luqman Mazlan. - Bernama 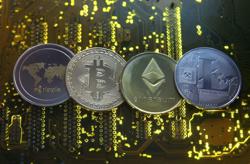