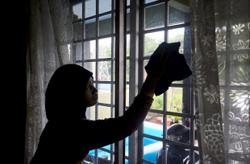 PETALING JAYA: The take-up rate by employers towards social protection coverage for their domestic helpers can be improved with greater awareness, says Social Security Organisation (Socso).

From the total registered domestic workers, 5,238 are currently actively contributing to Socso, he said.

“In terms of employer response, there is much room for improvement,” he said.

More employers were expected to register their domestic workers after June 1, 2022, when the workers’ existing insurance policies expire, he added.

“With greater awareness, we anticipate more such employers to come forward and contribute to Socso,” he said in an interview.

Malaysian Maid Employers Association (Mama) president Engku Ahmad Fauzi Engku Muhsein said many employers had started registering their domestic helpers since the announcement of the social protection a year ago.

National Association of Human Resources Malaysia (Pusma) Zarina Ismail said employers with existing domestic helpers had been informed by agencies about the mandatory contribution, which is required when they renew the work permit or contract.

“Most of the employers have started contributing since last year,” she said, adding that the requirement had also been included in advertisements for new hires.

However, Association of Employment Agencies Malaysia president Datuk Foo Yong Hooi said some employers are still in the dark over the requirement.

He urged Socso to work with agencies to make the process more convenient or issue a statement reminding employers on the requirement.

Although he welcomes the move, Foo said some employers might find it a hassle.

“So Socso should make it a simple and effective process for the employers,” he said.

Employers who have yet to contribute to Socso can register themselves and their domestic workers either online via the Assist portal or at any of the fund’s offices nationwide.

Registration forms can be downloaded from Socso’s official website at www.perkeso.gov.my.

Contributions will start once the employer and domestic worker registration is completed.

Under Act 800, the employer and the worker each contributes 0.2% of the insured monthly wage.