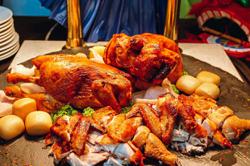 PETALING JAYA: If left unresolved, the prolonged issue of chicken supply and costs may leave eateries with no choice but to increase the prices of dishes with chicken, say restaurants.

Malaysian Indian Restaurant Owners Association vice-president C. Krishnan said people often relied on chicken-based meals for their daily consumption as it was cheaper compared to other meats or seafood.

He said besides restaurants, the public might also be significantly affected if chicken supply and its cost continue to increase as it was always in high demand.

“Almost 80% of the protein served in most restaurants are either egg or chicken and we may eat chicken four to five days a week. Sometimes, we can even eat chicken three times a day,” he said.

Krishnan said he was now buying chicken for between RM9.80 and RM10.50 per kg despite a ceiling price of RM8.90 and had been facing issues getting supply for over a week, often needing to go to several hypermarkets for his daily requirements.

“I usually order 25 to 30 whole chickens but my regular supplier can only supply 10 birds a day now,” he said, adding that the shortage in supply and rising prices might affect the price of meals.

“A plate of mee goreng or nasi goreng can either get more expensive or go without chicken meat,” he said, adding that the increasing costs of other essential items, such as vegetable and flour, would also impact food prices.

Rotol Group founder and managing director Datuk Seri Garry Chua, who owns various restaurant chains, said currently, there was no serious shortage of chicken supply but cautioned that many restaurants would be impacted should this situation worsen.

Many restaurants ranging from fast-food chains to high-end restaurants, he explained, used a lot of chicken-based products.

“If there really is a serious shortage, the sales of major restaurants and fast-food chains will be severely impacted,” he said, adding that currently, restaurants were still absorbing the costs of fluctuating raw food prices.

“However, should it reach an unbearable stage, then price adjustments may need to be made,” said Chua, who agreed with the government’s move not to impose Approved Permits (AP) on the importation of foodstuff, especially when there is a shortage in local supply.

“We have not been increasing prices since 2018 and will try to maintain our prices and quality of service,” he said.

On the chicken supply shortage, Jawahar said his restaurants had been receiving unusually smaller pieces of the meat in the past two days.

“We cannot sell chicken at the same prices we usually do,” he said.

He suggested that the Domestic Trade and Consumer Affairs Ministry extend the Price Control and Anti-Profiteering Act to hypermarkets and wholesale markets to identify and monitor the price increases of chicken and other essential items.

Johor bakery, biscuit, confectionery, mee and kuay teow merchants association president Chink Poh Cheng described the rising cost of raw materials, energy and manpower as a “headache” that traders would have to face.

On Thursday, it was reported that Kuala Lumpur, Selangor, Negri Sembilan, Kedah and Perlis were expected to be hit with the shortage of chicken supply following the closure of a livestock farm over the weekend.

The poultry producer said it had to stop supplying chickens due to the chickens’ inability to reach the supposed weight for its marketability.

Investigations carried out by Domestic Trade and Consumer Affairs Ministry and the Agriculture and Food Industries Ministry found that the chickens were suffering due to the lack of food supply besides being infected with diseases.

Soaring prices leave a big hole in their pockets 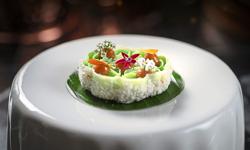