PETALING JAYA: Tan Sri Hew See Tong was a man who contributed a lot to society and the country, especially in the field of education, says Datuk Seri Dr Wee Ka Siong.

ALSO READ: A true philanthropist who cared until the end

"Hew started his career as a businessman in the tin industry and later went into politics.

"In the 1990s, he donated 20ha of land and RM5mil in cash to the then Tunku Abdul Rahman College’s for the construction of its third campus in Kampar," the MCA president said in a Facebook post Monday.

Dr Wee also said that the late Hew was one of the people who played an important role in the establishment of Universiti Tunku Abdul Rahman (UTAR).

"The passing of Tan Sri Hew is a great loss to society and the country. My condolences to his family and may his soul be blessed," Dr Wee said. 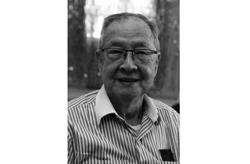