IPOH: The remand of a married couple arrested in connection with the death of their niece here on May 15 has been extended by six days beginning on Monday (May 23).

Perak police chief Datuk Mior Faridalathrash Wahid said the couple were assisting in investigations under Section 302 of the Penal Code for murder.

"The remand on the couple, both aged 40, expires today. The investigation papers will be submitted to the Attorney-General's Chambers soon for further action once the investigation has been completed,” he said when contacted on Sunday (May 22).

Media reports said the couple were remanded for seven days over the death of the eight-year-old girl, who was suspected to have been abused.

The couple were the guardians of the girl. - Bernama 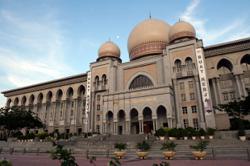