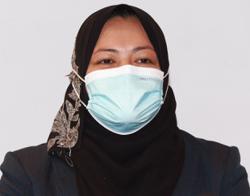 He cited factors such as the frequent changes in Covid-19 safety procedures in other countries, which caused a lot of uncertainties for travellers.

“It’s the SOP (standard operating procedure) that could change suddenly. It may be like this today, but it could be different tomorrow.”

“Airfares are another factor,” he told a press conference after the opening of the MATTA Fair by state tourism committee chairman Datuk Nolee Ashilin Mohammed Radzi at the Ipoh Convention Centre here yesterday.

Chong said that about 60% of the promotions at the fair were on domestic tour packages.

Travel agents had more inquiries on local travel than abroad, he noted.

He believed that Malaysians would start to travel abroad in the first quarter of 2023.

“People still want to see how the situation is towards the end of the year.

“If it is more stable, then international travel will increase by the first quarter of next year,” he said.

Chong said tourism industry players must always be up to date with the travelling requirements of other countries.

“As travel agents, we must have first-hand information by updating ourselves on a daily basis,” he said.

She said that there were nearly five million domestic tourists last year, so the state had raised its target this year.

“I think we had about 4.8 million (domestic tourists) last year.

“Perak has always been in the top three choices for domestic tourists. We will continue to push for domestic travel as the main choice rather than outbound,” she said.

She noted that the MATTA Fair was targeting about RM30mil in sales during the two-day event that ends today.