PETALING JAYA: The Crisis Relief Squad of MCA (CRSM) and GoCare together with social enterprise ACTnow, organised a walkabout at Sea Park, here on Sunday (May 22) to help local residents identify issues and lodge complaints swiftly to the authorities.

The first walkabout, which is part of the initial phase for the Klang Valley, saw a small gathering with locals to identify issues from Sea Park residence to Sea Park Commercial areas.

The collaboration comes after the signing of a memorandum between GoCare-CRSM and ACTnow on April 21.

The ACTnow community mobile application app, which currently has 5,000 users, will help people lodge complaints anonymously and quickly with just a click.

Selangor CRSM chief Ch’ng Soo Chau said the event held on Sunday (May 22) is to educate the people about the app and how to navigate it.

“This event is to show them how they can use this app and lodge their complaints anonymously if needed. ACTnow will then follow up with the authorities on the necessary actions.

“Through this app, people can lodge their complaints in an efficient manner without all the hassle of dealing with the relevant authorities or government agencies,” he said.

He added they had chosen Sea Park as residents here faced many issues that needed assistance but could not be addressed.

ACTnow founder Melvin Lam said they had initially launched the app in December 2019 but could not execute the planned events due to the pandemic.

However, he said they had carried out a programme in Penang earlier and will be moving to Taman Tun Dr Ismail soon.

“We want to assist the people because a lot of the issues that are raised are not addressed by the relevant authorities.

“But through the app, all they have to do is sign up with their emails, lodge the complaint and we will follow up with the authorities to ensure their issues are resolved.

“We will however verify the issue to be genuine before we proceed with the complaints that are made via the app. Subsequently the status of the complaints will be updated on the app itself,” he said, adding that the services are carried out for free.

On Sea Park, Lam said some of the issues highlighted include clogged drains, abandoned cars, street lights and potholes to name a few. 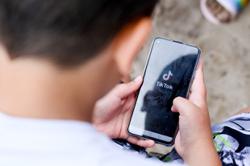 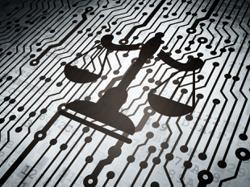