The 39-year-old from Muar is poised to win in two separate categories, namely Song of the Year for his satirical tune Fragile and Best Design for his album Ghosician.

The singer admitted that due to a miscommunication, he ended up squabbling with Su twice.

Su reportedly resigned upon the completion of the album because of the stress.

“To have been nominated this time, I will fly her to Taiwan (to attend the awards),” Namewee said, adding that he would also get her a nice dress for the red carpet event.

It was earlier reported that Chinese social media had banned Namewee’s song Fragile after it was believed to have been mischievously targeted at China.

The satirical tune, among other things, contained a wordplay on several Chinese profanities.

Namewee wrote on his Facebook page that the song caused much damage to him and his management company.

“However after some time, I realised that I was not the only one who bore the brunt of this.

“The Chinese nationals are the ones who are unable to freely enjoy music, watch TV shows, surf the web, write or even go out for a meal,” he said, referring to the prolonged lockdowns in China.

He also thanked Australian singer Kimberley Chen who performed the song with him.

Fragile racked up over 15 million views within days of being uploaded on YouTube in October 2021.

It was the most-listened to song in Hong Kong, Taiwan, Malaysia and Singapore’s music trends for several weeks.

> A man in China was shocked when his blind date brought her siblings to dinner at the restaurant and racked up a bill of more than 3,000 yuan (RM1,954), reported Sin Chew Daily.

The man, who went on a matchmaking date with the woman for the first time, was annoyed at first but was placated after the woman claimed “we will become one family after today”.

However, he quickly became alarmed when the woman and her siblings began ordering the most expensive dishes on the menu.

He began to suspect that this was a scam to get a free meal when they hardly interacted with him and left him sitting in awkward silence.

Having excused himself to go to the washroom, the man asked for the bill only to be told that they had racked up more than 3,000 yuan in orders.

He immediately told the cashier that the woman would be settling the bill and he quietly slipped away.

After sharing his story online, many netizens praised him for not falling for the scam. 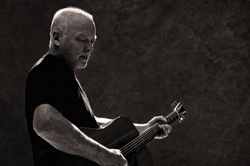 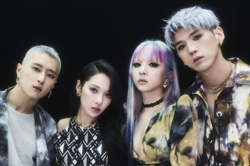