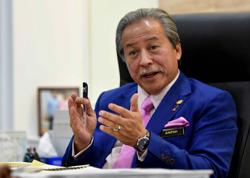 ON Wednesday (May 18), Lee told the court that UKSB made monthly cash payments in Singapore dollars to Ahmad Zahid from 2014 to 2018 for the Foreign Visa System (VLN) contract.

When questioned by Ahmad Zahid's other lawyer, Datuk Ahmad Zaidi Zainal, if the political donation was for Umno, the witness said to his understanding, it was for the government of the day.

The 15th prosecution witness also told the court that he could not describe the journey nor provide proof that he went to Ahmad Zahid's residence to hand him the money.

Ahmad Zaidi: When you go to Country Heights, Kajang, nobody can enter without an access card and the driver has to register at the guardhouse. Did the Malaysian Anti-Corruption Commission (MACC) ask you for such details?

The witness also agreed with Ahmad Zaidi, who said to him that MACC never asked him to give any proof such as a Touch 'n Go statement, to show that he went to Ahmad Zahid's house.

When reading out the witness statement earlier, Lee said UKSB never made any payments into Umno's account nor was it issued receipts or any acknowledgment for the payments.

Ahmad Zahid, 69, is facing 33 charges of receiving bribes amounting to SG$13.56mil from UKSB for himself as home minister then to extend the contract of the company as the operator of the one-stop centre (OSC) service in China and the supply VLN system as well as to maintain the contract agreement to supply the VLN integrated system to the same company by the ministry.

For another seven counts, Ahmad Zahid was charged with obtaining for himself SG$1.15mil, RM3mil, 15,000 euros and US$15,000 from the same company which has official links with his official duty.

He was charged with committing all the offences at Seri Satria, Presint 16, Putrajaya and Country Heights Kajang between October 2014 and March 2018.

The trial before Judge Datuk Mohd Yazid Mustafa continues on Friday (May 20). – Bernama 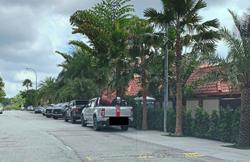