PETALING JAYA: From offers of unbelievably cheap durian to job offers with lucrative salaries, online scammers are using new and modified tactics to lure victims into handing over their cash.

With more people going online to do everything including looking for jobs, ordering food, shopping, starting small businesses and finding customers, scammers are redesigning their modus operandi to prey on the unsuspecting.

Last year saw the highest number of e-commerce fraud with victims losing a total of RM74.08mil involving 9,574 cases, a 63.7% hike compared to the year before according to Bukit Aman’s Commercial Crime Investigation Department (CCID),

In addition, the first three months of this year saw 2,070 cases of e-commerce fraud reported with RM26.7mil in losses.

The scammers’ shifting tactics make it harder for people to know that they’re getting conned online, with fraudsters now impersonating job recruiters, online sellers, buyers or even “middlemen” to trick job hunters as well as online sellers and buyers.

ALSO READ: Made to work only to be deceived

Some of the tactics employed aren’t even new, but gullible consumers continue to be duped as many scammers operate in well-organised syndicates that target a large number of online users every day.

The following are among the latest tactics used by online scammers to trick Internet users:

In March, Deputy Home Minister II Datuk Jonathan Yasin told the Dewan Rakyat that a total of 51,631 online fraud cases, involving a total loss of RM1.61 billion were reported in the country between 2019 and 2021.

The highest number of complaints involved online purchases with 18,857 cases, followed by non-existent loans at 15,546, he said.

"Various efforts were carried out by the police to combat scam syndicates including beefing up law enforcement, operations, arrest and prosecution on those involved in fraud,” he said.

The victims range from teenagers and jobseekers to professionals such as teachers and doctors who have lost hundreds to thousands of ringgit each in these scams.

In early April, a 29-year-old doctor in Lukut lost almost RM175,000 to an online scam that claimed to offer a part-time digital marketing and sales job.

Laws such as the Consumer Protection Act 1999, the Trade Descriptions Act 2011 and the Price Control and Anti-Profiteering Act 2011 can protect scam victims, but it is important to be vigilant before making any purchases or transferring money to an unknown account.

Victims of online scams are encouraged to lodge police reports to enable information and data related to the ‘scammers’ to be collected for further action.

ALSO READ: Some pointers from one who was scammed

Online users can conduct checks on a seller’s information such as telephone numbers and bank accounts via the "Semak Mule" application or portal.

The public can also contact the CCID Scam Response Centre (helpline) at 03-2610 1559, which is available from 9am to 10pm daily to obtain information and validate calls for questionable transactions.

Made to work only to be deceived

Some pointers from one who was scammed 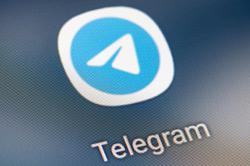 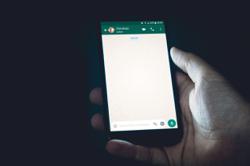