Some pointers from one who was scammed

I REFER to the letter “Sour ending to durian purchase” (The Star, July 20). I am also a victim of an online scam. In my case, the portal was a platform for buying and selling new and second-hand goods.

A guy posed as a car owner selling his used vehicle on the platform. After I transferred the money into his account, he could not be contacted.

I found out later that he had forged the vehicle’s log book and name of the actual owner.

The first thing to do is to lodge a police report. At the police station, one would normally be advised to see a sergeant or higher-ranking investigation officer after making an initial report. A second police report/statement will be required and any material/evidence that the victim can provide is submitted with it.

The police will submit this report to the scammer’s bank, which will freeze/block the account concerned.

Within seven to 10 days, the scammer would know that his account is frozen, and he would make amends with the victim, including refunding the money.

In this case, the victim must request the scammer to repay the amount via the account the latter had used in the earlier transaction. Do not accept payment from a third-party account because this could be deemed as money laundering, and the scammer could turn around and accuse the victim of this illegal act.

The case could eventually end up in court, but whatever happens, please remember that banks will only freeze an account if there is a police report. Thus, all victims are urged to lodge a police report no matter how small the amount involved is. This will also help to reduce online scams. 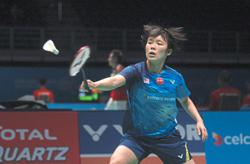