KOTA KINABALU: A woman succumbed to serious injuries in the hospital hours after a crocodile attack in Sabah’s northern Kota Marudu district.

The incident occurred when the 66-year-old victim was fixing a water pump on the riverside with her grandchild at Sungai Bengkoka in Kampung Sinasak Batu Pitas on Sunday (May 15).

District police chief Supt Zairolnizal Ishak said the woman had gone to the site with her granddaughter, aged nine, at about 10am.

He said while doing the repair work, a crocodile suddenly lunged at the victim.

"The girl told police that she was startled on hearing screams of her grandmother, followed by a big splash in the water.

"She then saw what looked like a crocodile attacking her grandmother,” he said when contacted.

Supt Zairolnizal said with the help of villagers, the victim managed to free herself from the reptile and was rushed to the Pitas Hospital for treatment.

However, he said the woman was later pronounced dead at 1.20pm.

"A medical officer confirmed the victim had died from serious head injuries caused by the crocodile bites," he said.

Supt Zairolnizal said the case has been classified as sudden death.

Crocodile attacks are somewhat a common occurrence in Sabah, particularly in the northern and east coast of the state. 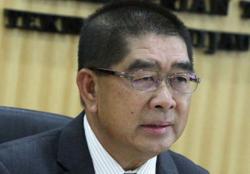