PETALING JAYA: A forensic audit has to be done on Sapura Energy Bhd, if at all Datuk Seri Najib Razak’s suggestion for Petroliam Nasional Bhd (Petronas) to come to the rescue of the loss-making firm is considered, says economists.

The former prime minister said during his debate with Opposition leader Anwar Ibrahim on Thursday (May 12), that Petronas has the right expertise to assist Sapura Energy.

Sunway University Economics Professor Dr Yeah Kim Leng said if at all Petronas is going to be considered as the white-knight for Sapura Energy, the national oil company’s strategic fit, its ability to turn around the company and absorb its liabilities without impairing its own balance sheet will have to be ascertained.

"To ensure the government, Petronas, or the entity tasked to rescue Sapura is not throwing good money, a comprehensive and objective evaluation, including a forensic audit, needs to be conducted,” he told The Star.

The causes, consequences, costs and benefits of various options will need to be assessed thoroughly and objectively and, if public funds are used, in an open and transparent manner.”

Options to reduce the social impact of winding up the company if found to be the optimal solution will also need to be factored into the decision,” he added.

Malaysia University of Science and Technology economics professor Geoffrey Williams said as a general rule, the government should not be bailing out failed companies.

"Sapura could be sold to overseas buyers if they felt a commercial value in it. So, government bailouts are not necessary nor are they the only solution,” he said.

As Datuk Seri Anwar Ibrahim suggested, whatever happens there is a need for a forensic audit and any buyer would need this,” he added.

He said the idea of government bailout is a controversial one, as the company is saddled with high debt, as well as the reason for failure.

He added that if Petronas is interested, it should conduct its own assessment on the option but the national oil company should not be forced into it.

Williams noted Najib had suggested that because of the size of Sapura, the number of employees and the number of contractors and suppliers that they would be harmed if the company fails.

"This might be true, but many employees would easily find new jobs, especially the highly skilled ones and suppliers can be compensated during winding up. Nonetheless, he is right that the possibility of closure is harmful to many people,” he added.

Najib also cited the US government’s bailout of the American International Group and Citigroup as an example. He went on to add that the move led to the government making billions of dollars in profit in return.

"Petronas should take over Sapura. Petronas has the expertise which Permodalan Nasional Bhd doesn’t have. Petronas can guarantee that the RM7bil contracts of Sapura can be concluded well,” Najib said.

And Petronas can guarantee a sufficient working capital for Sapura and when the company has recovered and the share price has skyrocketed. Petronas can sell it off. Petronas will make a profit,” he said.

He went on to add Petronas, ASB investors and the country will profit from the move.

He also proposed another option, which is for banks to provide financial assistance to Sapura while the government guarantees these loans.

Anwar, on the other hand, said Petronas belongs to the people, while firmly calling for a forensic audit on Sapura’s woes before any bailout or assistance is rendered.

The oil and gas service provider is also saddled with debt to the tune of RM10.3bil. 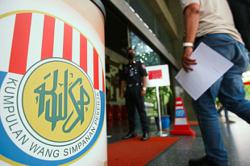 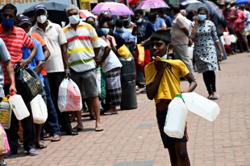