TUMPAT: The Road Transport Department (JPJ) has issued 16,377 summonses for various traffic offences to motorists nationwide during the 2022 Hari Raya Aidilfitri operation (Op HRA) from April 29 to May 8.

JPJ director-general Datuk Zailani Hashim said a total of 89,490 vehicles were inspected during the period.

"The department also issued a total of 776 P22 Notice summonses, which is an order for inspection involving five main offences, namely failing to comply with traffic lights, driving on emergency lanes, using mobile phones while driving, over-taking at double lines and speeding.

"For these five offences, the errant motorists will face court action as the offences cannot be compounded," he told a press conference during an operation conducted at Jalan Kota Bharu-Pasir Pekan here Sunday (May 8) night.

He said a total of 58,182 speeding offences were also detected through the 45 Automatic Awareness Security System (AwAS) cameras installed at various locations nationwide over the same period. - Bernama

Over 8,000 summonses issued this Raya period so far, says JPJ 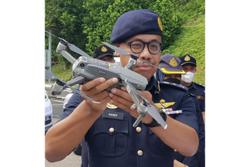