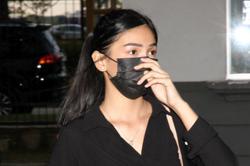 PETALING JAYA: The Court of Appeal has fixed May 11 for case management of Sam Ke Ting's appeal for reckless driving that killed eight teenagers on "basikal lajak", or modified bicycles, in 2017.

She succeeded in obtaining leave to appeal the High Court decision on April 18, with the Court of Appeal also allowing a stay on her sentence pending the disposal of her appeal.

Her lawyer Muhammad Faizal Mokhtar confirmed with The Star that the case management would be held on May 11 via the Zoom platform.

A check on the website of the Chief Registrar of the Federal Court of Malaysia also showed that case management would be held before Senior Deputy Registrar Mohd Khairi Haron via video conference at 9am on May 11.

It was earlier reported that she is appealing on six questions of law over her conviction by the High Court.

According to Muhammad Faizal, the six questions include:

1. Whether Sam's unsworn statement could be accepted as an explanation in her defence, while supported by other testimonies.

2. Whether there is a burden of proof on the accused to show she was driving carefully compared to a group of cyclists who obstructed the main road.

3. Whether the speed of her car is considered dangerous as compared to the presence of the group of bicycles on the main road.

4. Whether there is a burden of proof on the accused to be aware of unforeseen risks, specifically at a hilly and dark road.

Sam had earlier been acquitted twice by the Magistrate's Court before the High Court found her guilty.

ALSO READ: It's jail, no bail for mat lajak deaths

Justice Abu Bakar Katar had ruled that the magistrate had erred in accepting Sam's defence.