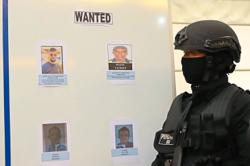 KUALA LUMPUR: Loan scam syndicates are duping victims into parting with their money by imposing "an initial fee" before the so-called loan can be approved, says the police.

"In actuality, such things are the opposite of processes in obtaining loans practised by legitimate financial institutions or licensed money lenders.

"Any processing fee is included as part of the total loan taken," he said in a statement on Friday (April 15).

Any loan that required clients to pay an initial fee is a scam, he said.

"We hope the public will be more careful to avoid being victims of loan scams," he said.

Comm Kamarudin said a total of 5,039 loan scam cases were reported in 2019 resulting in RM48mil in losses.

"Last year, we recorded 4,784 cases involving RM50mil in losses while 903 cases have been reported so far this year resulting in RM8mil in losses," he said.

He urged those with information or inquiries on commercial crimes can contact the CCID Scam Response Centre at 03-26101559/1599.