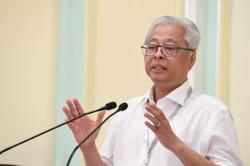 He said that it was in line with the Industrial Revolution 4.0 (IR 4.0), especially in fields such as smart agriculture, renewable energy, halal industry, and medical technology.

“The development of nanotechnology products such as vaccines, cancer therapy drugs, medical devices, technological sensors, nano fertilisers, biomass, solar panels, as well as sweeteners and flavourings in halal products which are in much demand in the global market will boost the country’s economy,” he said in a statement following a National Science Council meeting on Friday.

Ismail Sabri said the National Nanotechnology and Products Roadmap would also provide many socio-economic benefits to the country, including creating 33,391 jobs within five years.

He said the job opportunities encompassed 5,968 highly skilled workers, semi-skilled (24,755), and 2,668 unskilled workers, and that the nanotechnology industry was expected to contribute RM151.5bil to the national gross domestic product (GDP) within five years.

Additionally, the Prime Minister said the meeting also discussed the supply of human capital and job market in the Science, Technology, Engineering and Mathematics (STEM) sector, which needed a comprehensive solution to enhance the country’s science, technology and innovation (STI) competitiveness.

For that, he said the government took seriously the number of students in STEM, which is currently at 47%, with pure sciences at 19%.

“Students’ interest in STEM needs to be enhanced and the Education Ministry (MOE) has been instructed to lead the STEM Roadmap,” he said in the Bernama report.

The meeting also touched on the importance of highlighting STI at the community level through Malaysian Social Innovation (MyIS), which is an initiative under the Science, Technology and Innovation Ministry (Mosti).

Ismail Sabri said the initiative was a good step in empowering innovation at the grassroots level as well as enabling the shift of inclusive economic distribution to all income levels, especially the B40 (lower income) and M40 (middle income) groups by focusing on the application of local technology.

“The government, through the establishment of the National Technology and Innovation Sandbox Initiative (NTIS) has also intensified the commercialisation of local innovations centred on the country’s socioeconomic sustainability,” he said.

The Prime Minister said the meeting also agreed to improve the governance structure of the NTIS initiative, with the NTIS Task Force Committee renamed as the NTIS Steering Committee.

In addition, the NTIS Council has also been abolished and replaced with a reporting framework henceforth to the National Science Council (NSC), which was made a permanent agenda in NSC meetings to reduce duplication with the existing council as the NSC is also chaired by the Prime Minister while the NTIS Task Force Committee will be chaired by the Mosti secretary-general.

Ismail Sabri also said the NSC meeting, the first for this year, discussed various government efforts to popularise the field of STI as an enabler for the socioeconomic stabilisation of the country based on the three main thrusts of Keluarga Malaysia (Malaysian Family). 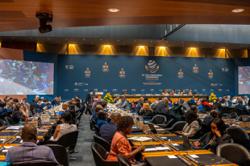 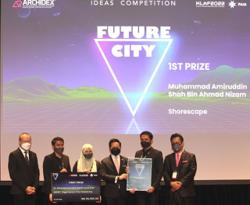