MERSING: The search and rescue operation for the four missing divers who went missing off Pulau Tokong Sanggol on Wednesday (April 6) ended in tragedy when the fourth victim was confirmed dead.

Johor Malaysian Maritime Enforcement Agency's (MMEA) director First Admiral Nurul Hizam Zakaria said that the rescue and search operation has ended after three of the victims have been found.

"Three of the victims, Kristine Grodem, 35, from Norway, Alexia Molina, 18, from France and British national Adrian Chesters, 46, have been found.

"However, another victim, Dutch national Nathan Renze Chesters, 14 is still missing and has been confirmed dead by his father (pic below)," he said. 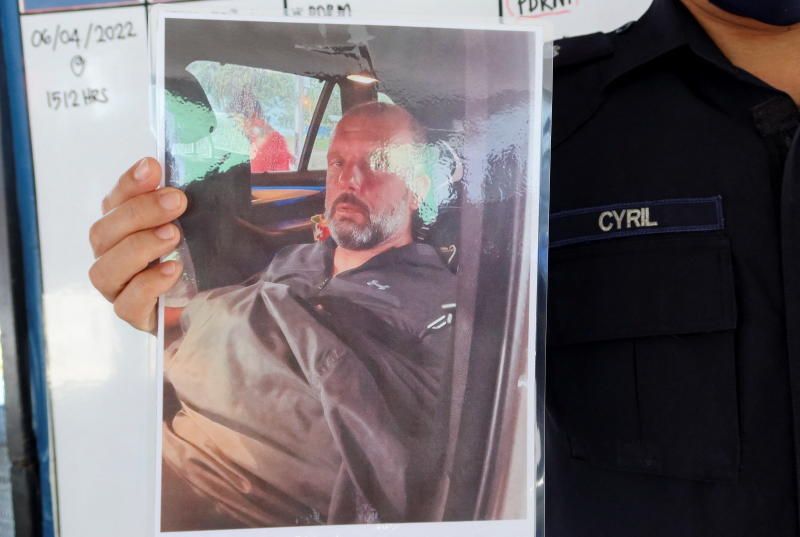 Mersing district police chief Cyril Edward shows a picture of British man Adrian Peter Chesters, who was found safe after drifting at sea for two and a half days, during a press conference at Mersing, Johor, Malaysia, April 9, 2022. REUTERS/Ebrahim Harris

He added that the Marine Rescue Sub Centre (MRSC) Johor Baru has informed the Indonesian authorities to assist in the search of Nathan, who is believed to have been dead and whose body has floated to the Indonesian waters.

Earlier, three other divers who had been missing since Wednesday (April 6) were found and are currently getting treatment at the KPJ Pasir Gudang and Mersing Hospital.

SAR operation called off for missing divers at 6pm, to resume on Saturday (April 9)

Come back to us: Family of missing 18-year-old French diver hopes for the best