MERSING: Four foreigners are reported missing after they went for a scuba diving exercise near Pulau Tokong Sanggol here, which is nine nautical miles from the mainland.

“The tekong (skipper) of a boat that ferried the four foreigners to the spot made a report about the divers not surfacing after holding a diving exercise at around noon.

“The missing four are two British men and two women, a French and a Norwegian, between the ages of 14 and 46,” he said in a statement here.

Nurul Hizam added that the authorities had launched a search and rescue mission to locate the missing divers involving a search area of 21.45sq nautical miles.

He said MMEA, together with the marine police and Fisheries Department, had deployed their respective assets to help locate the divers as soon as possible. 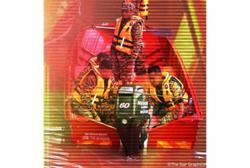