JOHOR BARU: The voting process in all 56 state assembly seats in the state election is running smoothly so far, without any untoward incidents.

He said a total of 11,000 police personnel were tasked to control security and monitor the voting process at polling stations statewide.

He also reported smooth traffic flow on highways as traffic police personnel had also been tasked to control traffic to prevent congestion.

"In the Tiram area, traffic was slow in the morning as people came out to vote, but it was smooth afterwards,” he said.

A total of 1,021 polling stations were opened today and as of 2pm, the Election Commission said 40% voters had completed casting their ballots.

A total of 239 candidates from 15 political parties are contesting in the state polls. - Bernama 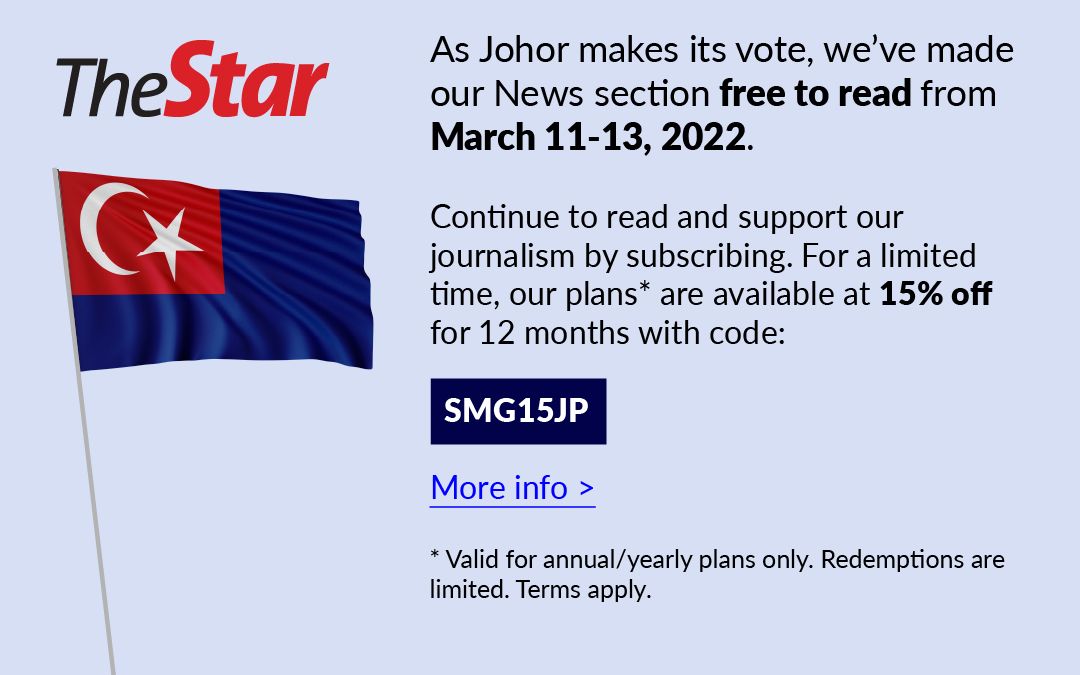