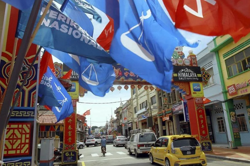 Done their duty: Chee Yan and Joanna were excited to cast their postal vote in the Johor elections while in Singapore.

JOHOR BARU: Some Malaysian postal voters in Singapore are turning to volunteers to send back their ballot papers, while others have no qualms paying about RM100 to courier them in time for the March 12 polls.“The whole postal registration process was quite easy. We managed to get our ballots via registered courier to our home in Singapore several days ago,” said Joanna Tan Sue Mae, 53.

“However, the cost of sending back the ballot papers via courier was almost S$70 (RM210). We managed to get in touch with some volunteers who directed us to a pick-up point where others also dropped off their ballot papers and took them back to Johor, ” Joanna said.

Many others had also contacted the volunteer group, she added.

Both Joanna and her husband Tan Chee Yan, 54, had voted at least five times previously. But this is the first time they are postal voters.

The couple said they had not missed any opportunity to vote in Malaysia, adding that they would have returned here to cast the ballot if not for the Covid-19 border restrictions.

Both of them are voters in the Puteri Wangsa seat.

According to statistics from the Election Commission (EC) on Friday, 7,814 ballot papers had been issued to Malaysians abroad to vote in the Johor election.

Postal voters are also required to complete the Declaration of Identity form (Form 2) and return it before 5pm on polling day.

“It was such a relief. I was worried that I would not get the ballot papers in time.

“Now I have to make sure that I post it back in time to the returning officer for the Skudai seat,” said Thineswaran, who works as a customer service officer.

He said he had filled up the papers and would have them delivered as soon as possible.

She filled it up immediately and returned the ballot paper the next day to avoid missing the deadline.

“I sent the ballot back through instant delivery, which cost about S$25 (RM104). I was told it would take between two and three days for the papers to be delivered to Johor.

“If I were to use normal post, it could take up to three weeks for the ballot papers to reach the EC,” said Tan, who is also voting through post for the first time.

“For me, this is my responsibility as a Johorean. It is worth the time and money spent,” she said.

Initially, she wanted to return to Johor to cast her vote but could not do so as there were no more Vaccinated Travel Lane-Land (VTL-Land) tickets available.

“Since there were no tickets anymore, I quickly registered for postal voting on Feb 15 and I received approval on Feb 19.” 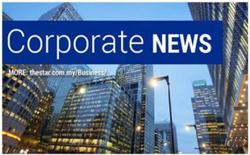