National Security Council (NSC) director-general Datuk Rodzi Md Saad said in a statement posted on Facebook that the decision was made after evaluating the Health Ministry’s analysis on the development of the current situation in the localities.

The EMCO in the areas were enforced on Feb 2.

He also announced that the EMCO has not been enforced in new localities and there was no extension of EMCO in other localities today. - Bernama 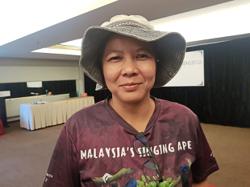