JPJ: All hands on deck for CNY op until Feb 8, leave frozen for enforcement personnel 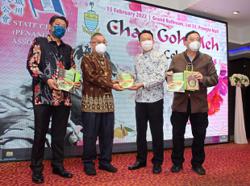 KUALA PILAH: The Road Transport Department (JPJ) has frozen leave for its 2,500 enforcement personnel nationwide due to assignments during the special enforcement period in conjunction with Chinese New Year (CNY) until Feb 8.

"All JPJ enforcement personnel nationwide, including 118 in Negri Sembilan, were mobilised for the operation as traffic flow is expected to increase by more than 100%.

"This is because the public is allowed to return to hometowns this year, thus increasing vehicle movement on roads and highways," he told reporters after launching the Negri Sembilan-level of the 2022 CNY Op which was also attended by state JPJ director Hanif Yusabra Yusuf here Saturday (Jan 29).

In the meantime, he said JPJ also implemented the Goods Vehicles Driving Prohibition Order, which will take effect two days before (Jan 30-31) and two days after the CNY celebration (Feb 3-4).

Aedy Fadly said the ban was to lower the risk of road accidents due to higher traffic flow of heavy vehicles and light vehicles as well as avoiding traffic congestion during the festive period.

"We call on all road users nationwide to drive prudently and abide by the highway code," he said.

Earlier, Hanif Yusabra, in his speech, said the state JPJ had inspected 20,627 motorcycles last year and out of that number, 4,189 motorcyclists were charged with various offences. 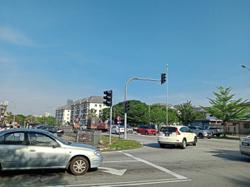 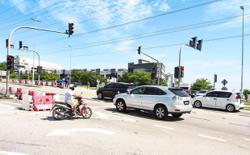