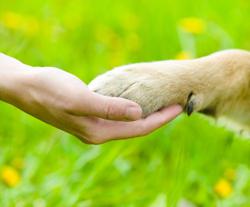 IPOH: The lives of about 300 stray dogs at the former Sitiawan landfill site now hang in the balance as the deadline for their relocation looms.

The animals' caretaker Thomas David said he has until Jan 31 to rehome the dogs as the Manjung Municipal Council plans to start an organic fertiliser project at the site.

The 62-year-old said he was also not allowed to go there to feed the animals.

"What do you think will happen to the dogs if I don't go there to feed them?

"The area is vast and I have asked the municipal council to give me a small piece of land so I can continue taking care of the dogs," he said when contacted on Thursday (Jan 27).

"I can even fence up the place so the dogs will not bother the fertiliser project," he said.

"We are running out of time."

Thomas said he befriended some puppies at the Astaka field before the animals were caught and placed at the landfill in 2020.

"It started with just eight dogs and I went there to feed them daily.

"More were caught since and I have about 300 dogs now," he said.

"Some of my friends would help by donating food for the dogs," he added.

Thomas said he was thankful to the municipal council for not killing the dogs.

"At least the dogs are not disturbing anyone at the landfill so it is the ideal place," he said, adding that a group of people had even formed the Homeless Paws of Manjung Strays, a non-governmental organisation, to help him raise funds and neuter the dogs.

Homeless Paws of Manjung Strays vice president Joanne Low said they also hoped that a piece of land would be allocated for the dogs.

"It would take months to raise funds and set up a new home even if we were to look for our own land.

"It is just impossible to do all this within weeks," she added.

Low said they had already helped the municipal council by neutering about 100 stray dogs over the past two years.

"We believe neutering and spaying is the only way to reduce the population, not by killing them," she added.

When contacted, state local government committee chairman Datuk Nolee Ashilin Mohammed Radzi said they are trying to come up with a solution to the matter.

"We are also trying to find a suitable place for the dogs.

"We are in discussions with the district office and will also help with the relocation," she said.