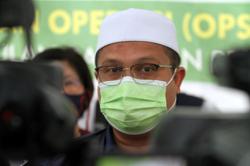 MELAKA: Former executive councillor Datuk Norhizam Hassan Baktee is offering to share his expertise on culling wild boars to the state government in a bid to minimise the damage caused by these animals.

He said managing the issue required a viable approach and he had been effective in controlling the wild boar population when previously chairing the Melaka agriculture, agro-based, entrepreneur development and cooperative committee.

“I have been receiving a slew of calls from villagers after the animals caused panic at Kampung Kelongkong, Tanjung Kling, here.

“They want me to help out, but I can’t do much as I am no longer in power,” he said when interviewed on Tuesday.

Norhizam, who is known as ‘Hulk’ in his constituency, claimed the population of wild boars in the state had increased in the past month and many locals witnessed the animals foraging in their neighbourhoods.

“There were no proper operations to cull the animals when Melaka was embroiled in political turmoil last October.

“Locals are now complaining about wild boars roaming in large numbers,” he added.

Norhizam said the estimated 400 villagers of Kampung Kelongkong needed someone who could plan and execute the culling of wild boars effectively.

“I am offering myself to help the state government if they want me as I have the experience in handling the situation,” he added.

Norhizam was among three assemblymen who withdrew their support for the then Perikatan Nasional/Barisan Nasional-led Melaka government, leading to its collapse on Oct 4 last year.

He later contested as an Independent for the Pengkalan Batu seat in the Melaka state election on Nov 20.

However, he lost to Datuk Kalsom Noordin. 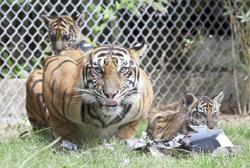