By FATIMAH ZAINAL and FAZLEENA AZIZ

For a rainy day: Gaining employment and recouping salary cuts and income losses should be top priority for many Malaysians. — AZMAN GHANI/The Star

PETALING JAYA: Economists are predicting a higher dividend payout for Employees Provident Fund (EPF) contributors for the year 2021. The dividend paid for the year earlier was 5.2%.

Prof Yeah Kim Leng of Sunway University said EPF would likely declare about 6% dividend due to the first nine months’ net investment income in 2021 rising by 26%, as well as positive performance of domestic and global equity markets during the fourth quarter.

“Although the fund performance was not dented by the withdrawal of RM67.6bil under the i-Sinar and i-Citra schemes as at the third quarter of 2021, the lingering concerns over further withdrawals and possibly longer impact may cap a higher dividend payout,” he added.

For the sizeable number of Malaysians forced to dip into their EPF over the last two years, he said, gaining employment and recouping salary cuts and income losses would be their top priority.

Prof Yeah said those nearing the mandatory retirement age might need to plan to work longer while retirees without sufficient savings may need to explore appropriate job and income-generating opportunities.

He said the government would have to increase social and development spending to boost job and income opportunities to avert the looming “old age poverty” crisis.

“The government will also need to focus on keeping the cost of living low and stable, and expand financial literacy programmes to encourage higher savings.

Bank Islam Malaysia Bhd chief economist Dr Mohd Afzanizam Abdul Rashid said for 2021, EPF should be able to at least match the 2020 dividend rate if not better as the total gross investment income stood at RM48.02bil for the nine months of last year, representing an increase of 7.7% compared to the same period in 2020.

“Clearly, the investment strategies which are well diversified across all asset classes and geographical locations have enabled the pension funds to navigate a stormy investment climate last year.

“EPF has remained committed and guided by its Strategic Asset Allocation (SAA) that has helped it endure volatile market conditions,” said Mohd Afzanizam.

Those beyond retirement age should be encouraged to remain in employment depending on their performance and health status, he said.

“Rehiring them on a contractual basis is a more efficient method than enforcing a general blanket increase in retirement age,” he said.

Malaysian University of Science and Technology’s Institute of Post-graduate Studies dean Dr Geoffrey Williams agreed that increasing the retirement age would not work in the Malaysian context because income was not high.

“The two most often suggested solutions to provide an income for older people are to force them to work longer or force them to save more from their salary while they are working,” he said, adding that both options were weak.

“Forcing people to work beyond 60 years of age is not a solution in Malaysia where 75% of the working age population have no pension savings and only 3% of EPF holders meet the target threshold savings for retirement,” added Williams.

It is estimated that 85% of adult Malaysians have inadequate pension or no pension at all.

This includes seven million people or around a third of the working age population outside the labour force as well as those already living in poverty during retirement. 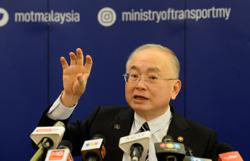