Johor police chief Comm Datuk Kamarul Zaman Mamat (third from right) looking at drugs that were seized in an operation during a press conference here on Wednesday (Jan 26).

Comm Kamarul said that the papers had been submitted to Bukit Aman's Prosecution and Legal Department last week and are awaiting further instructions.

"We are still waiting for their decision. So far, we have taken statements from 11 individuals, including the assemblyman and the victim," he said.

He said this in a press conference at the Johor police headquarters here on Wednesday (Jan 26).

Last Monday (Jan 17), a woman in her 20's claimed that she had been sexually harassed by Rasman on more than one occasion.

Rasman later denied the accusations, claiming that it was a political conspiracy and an attempt to tarnish his reputation.

On Sunday (Jan 23), Bersatu information chief Mohd Solihan Badri said Rasman would not be nominated to contest in the Sedili state seat if he is found guilty of sexual harassment.

"The case is under police investigation. If he is proven to be guilty, we will act accordingly.

"We will not take a candidate who is proven guilty," said Solihan, who is also former Tenang assemblyman. 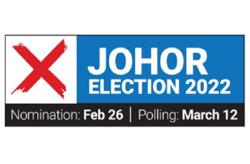