PETALING JAYA: The proposed anti-party hopping law needs to strike a balance between punishing elected representatives who jump parties and their right to contest, says a political analyst.

“I think the law is not so much meant to punish or criminalise, but to discourage elected representatives’ opportunistic party-hopping by making it at least politically costly to do so,” he said when contacted yesterday.

Oh, who is also Senior Fellow at the Singapore Institute of International Affairs, said those who switch parties should vacate their seats.

“But they should be allowed to contest in the subsequent by-election either under another party logo or as independents.

“This is because most of the time, the party hoppers do so out of political or even financial benefit.

“Some even develop substantial ideological differences with their parties after they are elected,” he said, adding that the proposed anti-hopping law should take into consideration such factors.

On Thursday, Minister in the Prime Minister’s Department Datuk Seri Dr Wan Junaidi Tuanku Jaafar announced in the Dewan Rakyat that an anti-hopping Bill would be tabled in Parliament when it meets on Feb 28.

He added that the move is part of reforms following the signing of the memorandum of understanding between the government and Pakatan Harapan last September.

There have been calls for anti-hopping laws following the collapse of several state administrations, particularly the Sabah government in 2020.

Wan Junaidi noted that the Bill was to have been tabled in July this year but was brought forward to February instead.

Universiti Malaysia constitutional and administrative law lecturer Prof Dr Nik Ahmad Kamal Nik Mahmood said the move to bring forward the tabling of the Bill may be a prelude to the 15th General Election (GE15).

“It is probably a prelude to GE15 to ensure a more stable government is formed after the polls,” he said.

However, he said the proposed law should also take into consideration the possibility of a hung Parliament where neither side has the required numbers in the Dewan Rakyat.

“Thus, how political parties get prepared in the run-up to GE15 is very crucial. Issues such as what kind of coalition materialises before and after the election are also important,” he added.

Prof Dr Sivamurugan Pandian, professor of political sociology in Universiti Sains Malaysia said that it has to be seen if the law would be ready in time for the coming general election.

“The government may want to table it for the first reading as a show of commitment towards reform.

“The Bill has to be passed by both Houses in Parliament, receive the Royal Assent and be gazetted before it is enforced,” he added.

This process may take some time and he believes the law may not be ready before the next general election.

He also noted that the proposed Bill will also involve amendments to the Federal Constitution with regard to “freedom of association”.

“This will require bipartisan support as it involves constitutional amendments.

“The House may have to take a similar approach on how bipartisan support was obtained to pass Undi18,” he said, referring to the Bill that lowered the voting age to 18 and enabled automatic voter registration.

The Pengerang MP also suggested that elected representatives who switch parties should vacate their seats.

A referendum should be held to allow the rakyat to decide if an elected representative should be replaced or not, she added. 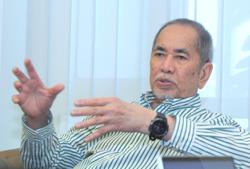