Hasni arrived at the palace gates at 4.40pm.

He will seek His Majesty’s consent to dissolve the state legislative assembly and hold a state election.

The Star reported that Hasni would meet with Johor state executive councillors at Kota Iskandar before the audience with Sultan Ibrahim.

“I will meet the press later at 6pm to make an announcement. At the moment, I have received the mandate from Johor Umno to proceed with the state election,” he said after chairing the meeting at state Umno headquarters.

The Johor State Assembly is expected to be officially dissolved on Saturday (Jan 22) evening to pave the way for a state election.

The Umno-led government has a simple majority with 28 seats against Pakatan Harapan’s 27, with one seat left vacant after the passing of former mentri besar and Kempas assemblyman Datuk Osman Sapian on Dec 21.

Is the Johor election slated for March? 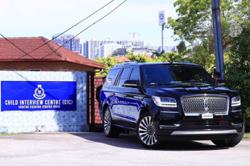 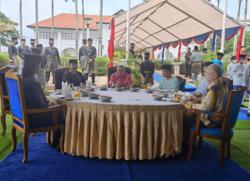