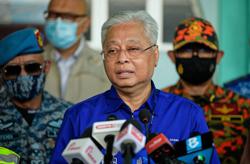 PUCHONG: The Kuala Lumpur City Hall (DBKL) has booked 60 electric buses from SKSBus Group which will be delivered in stages from this year until 2023, says the Prime Minister.

In a press conference after touring a bus manufacturing facility here yesterday, Datuk Seri Ismail Sabri Yaakob said electric-powered bus services would kick off in Kuala Lumpur, Putrajaya and other major cities before being expanded nationwide in an effort to make Malaysia carbon-neutral by 2050.

He expressed hope that other municipalities would emulate DBKL’s efforts in providing free bus services such as GoKL, by using electric buses.

“To achieve the target of becoming a carbon-neutral nation by 2050, all quarters need to be involved,” he said after visiting SKSBus’ facility in Pulau Meranti here.

SKSBus Group, through its company SKS Coachbuilders Sdn Bhd, has over 50 years of experience in the coach manufacturing industry.

The bus manufacturer has a “Made in Malaysia” certification and is also equipped with a robotic facility.

Since 2019, SKSBus Group has been collaborating in the technical field with the CCRC Group of China, the world’s largest electric rolling stock manufacturer for railways, to build fully electrified buses.

Fully electrified SKSBus buses are able to travel up to 250km on a single charge. — Bernama 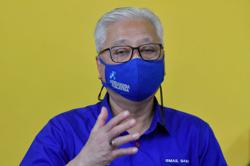