Suspect in Palestinian lecturer's 2018 murder in KL held in Gaza 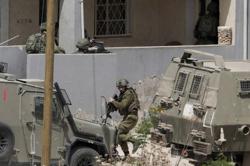 PETALING JAYA: The suspect in the murder of Palestinian university lecturer Dr Fadi Al Batsh, who was shot dead in Setapak, Kuala Lumpur in 2018, is believed to have been detained in Gaza.

"The news was circulated this morning that the spy and killer of Dr Fadi Al-Batsh in Kuala Lumpur in 2018 was arrested in Gaza by the security forces," he wrote.

According to Muhammad Nadir, the suspect entered Gaza and contacted the colonisers to ask for money.

"His conversation was spied on by the Gaza security forces and he was arrested.

“He reported killing Dr Fadi along with other men in Kuala Lumpur at that time. This is all we have so far," he said.

It is learned that Dr Fadi, who was 35, did his doctorate in engineering at Universiti Malaya before taking up the post of lecturer at a private university.

He was living with his wife and three children, aged one, five and six, at a condominium near where he was shot.

He was killed when walking to a nearby surau for dawn prayers.

Earlier, the media reported that Dr Fadi's murder in 2018 was believed to have been orchestrated by the Israeli national intelligence agency, Mossad.

Palestinian Islamic Jihad chief Khaled al-Batash, who issued the statement, said the two suspects on a BMW motorcycle that fired the close-range shots were believed to be Mossad agents who were in Malaysia.

Dr Fadi's murder received widespread news coverage in west Asia and there was an uproar when Khaled issued a statement claiming that the murder was orchestrated and planned by Mossad.