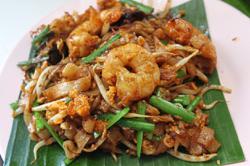 A file picture of Gan and his wife, Cheng, with their famed 10 sen wantan at their stall on Jalan Lembah Permai in Penang on June 19, 2019.

GEORGE TOWN: The late wantan mee seller who won Penangites’ hearts for charging just 10 sen for each dumpling kept on telling his wife to prepare dumplings for customers – even when he was too weak to get out of bed.

Gan Seng Lean, who passed away in September last year, would make the gesture of wrapping dumplings to his wife from his bed.

With the recent hike in food prices, many are reminiscing about Gan’s cheap and delicious wares.

Before he passed away, Gan used to operate from his home which is located opposite the Federation School for the Deaf along Jalan Lembah Permai (Vale of Tempe) in Tanjung Bungah.

He said although the wantan he sells is small, they could be quite filling if a person eats 10 of them.

“And you only have to pay RM1 for that. I also provide chili sauce and other homemade flavours,” he said.

Gan, who had been selling wantan mee since 1949, had hurt his head in a fall.

It is learnt that his physical condition went from bad to worse and he passed away on Sept 22, 2021, at the age of 83.

Gan’s wife, Cheng Kooi Lan, 80, said before he passed away, he kept asking her to prepare the wantan mee for customers and made the gesture of wrapping wantan.

“Gan fell down for the first time in July 2021 and it affected his hip. After recuperating, he could still walk slowly with the help of crutches.”

She said sometime in August 2021, Gan lost his balance while lifting a table and hit his head on the ground.

“He complained of dizziness for two days and he was sent to the hospital for an examination.

“A few days after he was discharged, Gan was able to eat but his condition began to deteriorate,” she recalled.

Cheng said she gave Gan his last-ever meal of porridge and oats for dinner on Sept 21.

“When the ambulance arrived, he was already unconscious.

“A doctor called later at 3am to tell us that Gan had passed away,” she said.

Gan picked up his cooking skills as a teenager while working as a helper at a wantan noodle stall at the Cecil Street Market in George Town.

Hailing from a poor family, Gan knew the importance of frugality.

No matter how busy the noodle shop was, he never hired any workers.

Gan dropped out of school at the age of 15 and began to tap rubber with his father.

Not too long after, he started selling wanton mee using a tricycle as he believed rubber tapping was not sustainable. 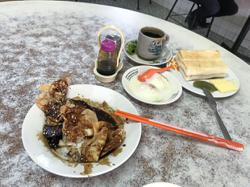 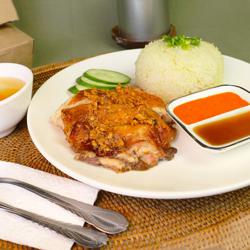